April 17th was 1 year since my Khia left me. Like with Mya, I had to wait to write about it until the time was right. This isn’t something I wanted to rush. She deserves only the best.

When she was born, Mom lived in Tampa, FL and Dad in Boca Raton, FL. Mom and Dad used to video chat all the time because they were in something called a long-distance relationship (like me and Lexi). One day, Dad said he had a surprise. He turned the webcam downward and sleeping in the corner of his office was a little 6 week old Khia Bear:

His oldest daughter had brought her home.

That weekend, Mom drove 3 1/2 hours to see her in person. Together with Dad, Khia got her first collar, first toys, and a ridiculous amount of kisses.

At 6 weeks old, Khia was already the size of your average 8- or 9-week old puppy.

By the next time Mom drove down to see her (a few weeks later), she looked like this: 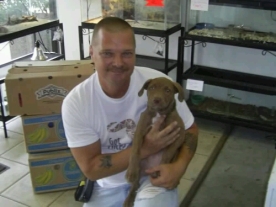 Another few weeks went by and she looked like this:

Then another short amount of time:

From what I hear, Khia was a baaaaaad puppy. First, she was an ankle biter. If you moved to fast, she’d chase alongside of you and bite your heels/ankles. Second, everything was a chew toy. She once chewed the door frame of Dad’s oldest daughter’s bathroom off. She once ate cough drops and Sudafed which resulted in her getting her stomach pumped (sound familiar MACY?). Nothing was safe around her. She was the mass destroyer of everything.

When Khia was around 2 years old, Dad finally moved up near Tampa to be with Mom. Soon after, Khia was no longer welcome to stay with his oldest daughter because she was too much and her boyfriend hated her. So, it was the shelter where she’d likely be euthanized or Mom could take her. Of course Mom couldn’t let anything happen to Khia so Khia moved to Tampa to live with Mom where she learned some manners, was crate-trained, and finally was housebroken.

It was a rough year and half in Mom’s 900 sq ft apartment. Mom had to keep her hidden from the property manager because pit bulls weren’t allowed and Mom didn’t pay a security deposit (oops). Not only did Mom have Khia but she also had Jamison and a guinea pig (which Khia loved).

The worst part of apartment living was that Khia was terrible about going potty while on a leash. She always hid in the bushes to go but it took forever to get her to go. Not to mention summer rains. Khia once held more than 24 hours because she wouldn’t go in the rain. Mom kept taking her out (getting soaked) and Khia just refused to go.

Anywho, on the weekends Khia would go with Mom to either Grandpa’s house or Dad’s house (Dad was staying with his parents). She was well-traveled during those days.

In 2009, Mom graduated college and moved in with her Dad to save some money for a down payment on a house. Unfortunately, Grandpa lives in a 55+ community and big dogs aren’t allowed there. So, Khia moved in with Dad and his parents.

This drove Mom insane. See, Grandma and Grandpa (Dad’s parents) loved feeding Khia lots of human food. Khia got very chunky living there and learned how to beg for food like her life depended on it. They spoiled her and she loved every second of it.

In 2010, Mom and Dad finally got a place of their own – a little house on just over an acre of property. Everyone was together and happy.

Khia was such a good girl that even though the property wasn’t fenced, she never ran off. (Shortly after they moved in, Dad fenced the property.)

Back then, Mom and Dad had a turtle farm. Khia was the protector of all of the turtles and tortoises. One of the best things about Khia was how good she was with all other animals. Especially small animals. She never hurt Mom’s rats or guinea pig, not the ducks when they were babies, nothing…ever. One time, she even alerted Mom and Dad to a baby bunny in the back yard. She never touched it once.

Okay, fast forward to January 2012….my arrival. Mom wasn’t sure how Khia would react to there being another dog in the house (other than Mya who used to visit every now and then). Well, Khia and I hit it off right away. At first I tried to suckle from her (I was only 6 months old). Then I realized, she’s not my Mom! She’s my best friend!

We did EVERYTHING together – slept, ate, played, chased birds and squirrels. OH! Speaking of squirrels I have to tell you the funniest story about one time when Khia was chasing a squirrel. It was on the bird feeder and tried to jump to a nearby tree, only it missed. Khia nipped at it’s tail as it went scurrying up the tree. All of a sudden from a branch about halfway up the tree, the squirrels tail came drifting down the way a leaf does as it slowly falls during autumn, circling its way down. As soon as it hit the ground, CHOMP! Khia ate it. BOL!

We had some of the best times together. I was lucky to spend 3 years with her. Her unexpected passing turned my world upside down. I never expected to be without her. Even worse, to be stuck with the likes of my dumb dumb sister Macy. Don’t get me wrong. I love Macy but nothing like the way I loved my Khia. 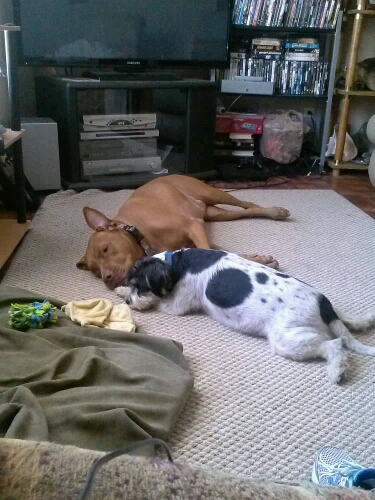 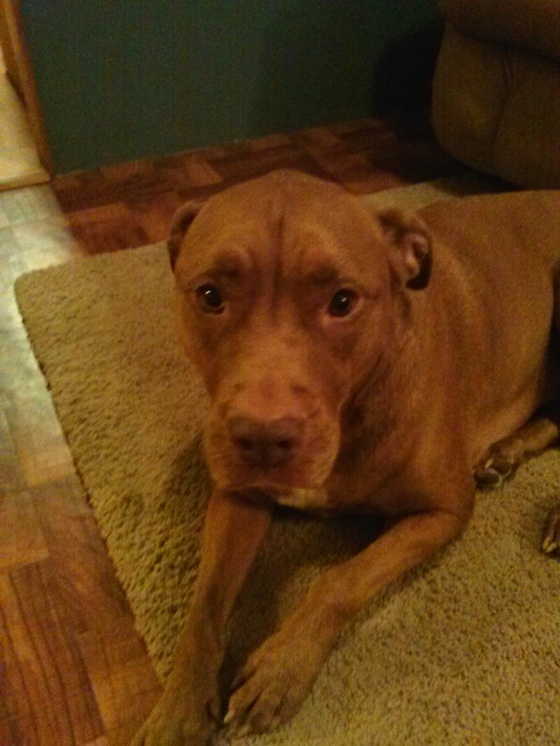 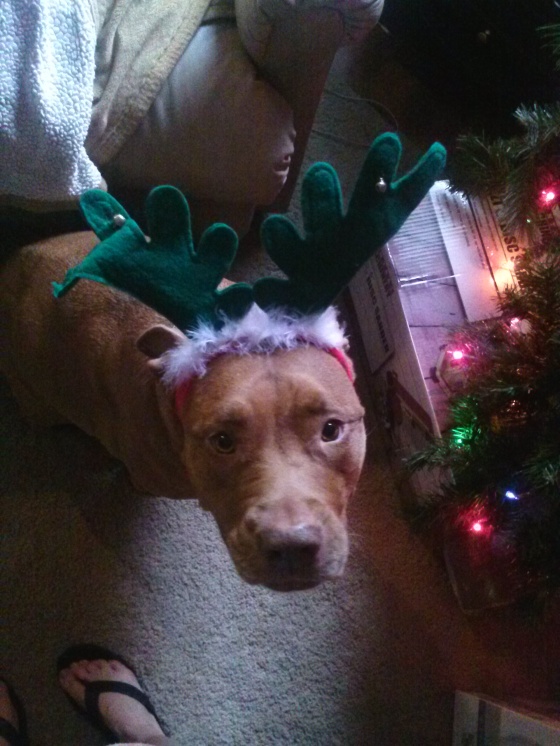 Khia, you are missed every single day. One day, we’ll be together again but for now, I’m watching over Mom and Dad for you.